skip to main | skip to sidebar

I’ve been thinking of how to put this… I think I’m scarred from past relationships, and the worst break-up, though not the worst relationship ended in 2014, and I just completely got over that one, like, maybe two… three years ago, like 98%. I enjoy sex, I see women and guys I’d like to hook up with, or am curious about actually dating. Currently I feel like I have no sex drive, but it could be the situation I’m in. In a way I still feel the joys and whatnot of dating, however there is this other feeling; not love, maybe lack of feeling. It’s kinda fucked up, since along with being pansexual, I’m also polyamorous- then again; it’s fucked up how hard it is for me to find people to date, much less lay.

I think I’m losing my ability to love. No, I’m not one of those weird Ace people; I still retain normal human things, like a sex drive and physical, sexual attraction to people. I’m just not sure if I can love them anymore. I don’t know what to call it, I’m sure there will be some new age sjw bullshit term for it, if there isn’t one already. I’m not feeling it, sometimes I think I am, other times not so much. I wonder if I am even capable anymore. Even without a sex drive, I see people I wanna fuck, I might even get an erection writing erotica. The funny thing is I might see somebody I have the desire or fantasy about dating, yet I don’t feel any love. I don’t think it’s the current situation either, sometimes I think about past failed relationships, I already have no interest in living with people unless they are my two kids. Maybe this is another paradigm shift, for me mentally. I don’t wanna throw random stuff out that’ll make people think it correlates, when it doesn’t, about other aspects of my life.

On top of what seems like a failing heart; what is the point of pursuing those who’ll never return the favor? Is this some kind of duality, wanting somebody one thinks they can love with the failing ability, who doesn’t want you? I am trying my best to make sense of it all, the desire of people I can’t love, wanting more than simply coitus. Once again, there is nobody to discuss this with personally. I don’t want to do this anymore, all these stacked issues, I’m tired of existing, personally, I don’t want to be here. I can’t find a decent mental state. I’m my own damn curse; pansexual and nobody wants me, polyamorous and can hardly love. Even if I still had the capacity, there’s little use for it, neither does anybody share my desire, on the chance we court. This is falling apart like my life, so I leave it at this.

I'm going to preface this with; I don't... do not care if you don't like what I have to say here- it's my blog, my opinion. You have to learn in life that you're not going to one hundred percent agred with something a person speaks on, nomatter how close you may be with them... it's life. My morals are subjective and depend on the situation, I usually stand by my thoughts unless warranted otherwise. So the TL:dr is I don't give a fuck about however you feel about this post if you aren't in solidarity.  I don't believe in  trigger warnings either, so be lucky you got one. If you want to feign ignorance, or keep me in whatever light you see me in- don't read it and crush your lil world. This is my space where I literally post whatever the fuck I want, the begining of my internet legacy, the deepest of the Laviathans Cave. I do not give one percent, a single fraction, a decimal point of a fuck of any "reprocussions" from anything read or seen here. I am not some sort of paragon. 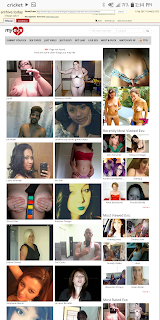 So, out of the blue I went to get on MyEx today, I often try to see if there are any familiar faces only to find out it was shut down again. Again. Hopefully it will rise again and why do I say that? Because it was a great outlet for nonviolent revenge, or a last out, if you will if there is no other recourse one can take when a significant other.... fucks you over, cheats on you, or in my case; robs me nearly fucking blind to support her god damned meth habit(Talking about you; Caitlyn Michelle Cook, aka Cricket) plus fucks a roommate on my bed, that if it weren't for my scooter wreck, I'd have never found out. And... and the fucking Dicks(LMPD) wouldn't do anything. If I posted her pics on there, it would've been the least  I could have and should have done.  But I digress and yep I'm still salty, angry and "all up in my feels" as new lil bitch idiots say nowadays, about it.

Yes oh I sHoUlD nOt FeEl ThIs WaY... but I do. And every time I saw in the few years of them getting shut down and the reports... it's always women. Men have been on the site, too. Yet there are no reports(that I've seen) which any man has stated they were victimized or tried and failed to get their pictures removed. So don't go thinking I'm some mysoginist, man or woman, this gives them an option to get back at the scum who wronged them. As they say; turn about is fair play. Your picture ends up on there, most likely the recourse was warranted through your unsatisfactory behavior. Now for people not doing it for the intended purpose of the site; you're all pieces of shits, posting children on there like I read, you're lower than pieces of shits. Retarded cunts and dicks.

I'll tell you were they went wrong; when they set shop back up, they should've set up either exclusively on the darknet, or had a sister site running simultaneously on there. Might not get as many views but would have been less trouble. Hopefully it'll be back, or some other will take it's place, versus letting these cheaters and scoundrels get off scott free.
Left by Jax Rhapsody @ 8:43 PM No comments:

Jax Rhapsody
Louisville, KY, United States
The one and only. Like I've said before; I'm trying to be somebody and hopefully have my likeness drapped on the side of one of our buildings one day. Most importantly some sort of legacy and future for my sons. If I can be a few sentances in Louisville history. I have plans up my sleeve. Rhapsodic Laviathan; man behind tinted sunglasses.